Causes and Symptoms of Breast Cancer 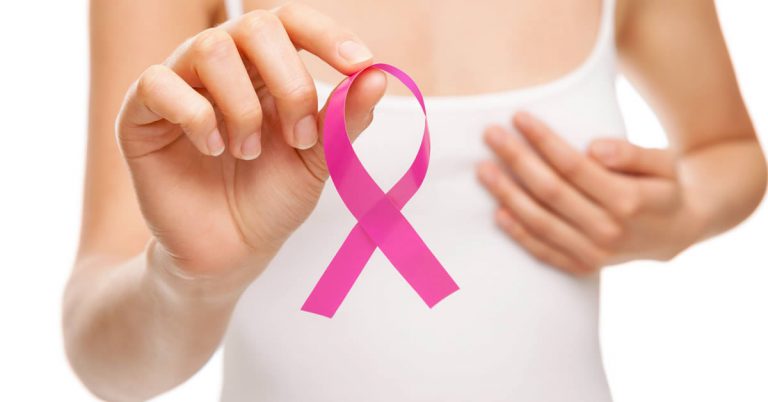 Breast cancer is characterized by the growth of malignant tumors in the glandular tissues of the breast. Breast cancer is the second most common kind of cancer in women (after skin cancer) accounting for 30% of all cases in women between the ages of 25 and 75. It is also the second leading cause of cancer deaths among women (after lung cancer) accounting for 17%.Most cancers in female breasts form shortly before, during, or after menopause, with 75% of all cases being diagnosed after age 50. A major health problem in many parts of the world, it is especially prevalent in developed countries, and in North America and Western Europe, where life spans are longer, the incidence is highest. For instance, it is estimated that over 10 percent of all women in the United States will develop the disease at some point in their lives.Incidence rates are lower for black and Asian females than for white, Hispanic, and Native American females. Despite the lower incidence of disease, survival rates have remained consistently lower for black women. Younger black women who get breast cancer are more likely to get a particularly aggressive and lethal form of the disease; hence a higher death rate from cancer than white women in the same age group.A diagnosis of cancer has numerous psychological, emotional, relational, and sexual ramifications for the woman and her family. One major worry of women with breast is the fear of their partner’s potential response from possible disfiguring surgeries. Sexual dysfunction has also been frequently associated with breast cancer patients though other factors such as premature menopause, depression, the impact of medications and chemotherapies and pre-existing sexual problems may all contribute to sexual dysfunction after breast cancer diagnosis.Although the diagnosis of cancer can be a devastating experience, most women cope successfully. Statistic show that, although breast cancer is an important cause of premature death, the number of deaths it causes is approximately equivalent to that of lung cancer (a predominantly preventable disease) and vastly smaller than that of cardiovascular disease. Today, more women are surviving breast cancer than ever before. Over two million women are breast cancer survivors. With early detection and prompt and appropriate treatment, the outlook for women with breast cancer can be positive.

Cancer cells, also called carcinomas, form by abnormal cell division. This happens when the processes that control normal tissue growth and repair breaks down leading to alterations in the proteins produced due to changes in DNA. This causes an excessive, uncontrolled growth of abnormal cells, which invade and destroy other tissues. Cancerous cells, which tend to destroy an increasing proportion of normal breast tissue over time, may spread, or metastasise, to other parts of the body. Such genetic mutations in DNA can be present at birth, predisposing a woman to getting breast cancer earlier in life, or can be caused by exposure to hormones and carcinogens (cancer-causing agents).Breast cancer is not a single disease. There probably are at least 15 different kinds, each with a different rate of growth and different tendency to metastasise (spread to other parts of the body). It is local only briefly and can develop in many parts of the breast: in the milk ducts, between ducts, in fats, in lymph or blood vessels, in the nipple, and in the lobes where milk is manufactured.Breast cancer can be referred to as being “in situ” or invasive. In situ refers to cancer that has not spread beyond its site or origin while invasive applies to cancer that has spread to the tissues around it. The most common type is invasive ductal carcinoma, accounting for about 70 to 80% of all breast cancers. It starts in a milk duct, breaks through the duct wall and invades the breast’s fatty tissue. Another 10 to 15% of breast cancers are invasive lobular carcinomas, which begin in the milk-producing glands and can spread elsewhere. Still other, rarer kinds of breast cancer tend to have a better prognosis than these two most common types.

No one knows why some women develop breast cancer and others do not. Although the disease may affect younger women, 75% of all breast cancer occurs in women age 50 or older. Several variables have been identified as risk factors for breast cancer.

Women who have had a mother or sister diagnosed with breast cancer are at almost three times the risk. Inherited mutations in breast cancer genes predispose women to both breast and ovarian cancers, often at younger ages. The major genes that increase breast cancer susceptibility are BRCA1 and BRCA2.The pattern of inheritance in families that are carriers is such that 50% of the offspring inherit the mutations. Women who are carriers of mutations in BRCA1 or BRCA2 have a lifetime risk of 56 to 87 percent for breast cancer and an elevated risk of over 40% for ovarian cancer. However, not all women with such profiles actually have either of the BRCA1 or BRCA2 gene mutations that have been identified for breast cancer. In fact, the latter mutations account for no more than 5%-10% of all breast cancers in the United States.

These risk factors, all of which relate to hormone-based life events, suggest that breast cancer is somehow affected by prolonged exposure to female sex hormones, such as estrogen. Thus women with a long menstrual history who began menstruating early (before the age of 12) and stopped menstruating late (after 55) are at higher risk. At high risk consideration are nulligravida women (who have never been pregnant) and nullipara women (who have never given birth). Also women who have their first child after the age of 30 have almost a threefold increase in risk compared with those giving birth the first time at age 20 or younger.Taking estrogen, in the form of the Pill for birth control or estrogen replacement after menopause, appears to increase risk. Older women, who take hormone pills that combine estrogen and testosterone, sold under the brand names Estratest and Estratest H.S., more than double their risk of breast cancer. Similarly, medications combining estrogen and progestin greatly increase the risk. 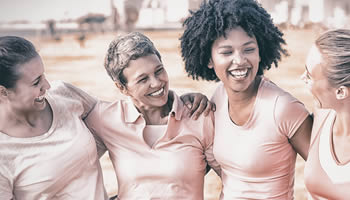 The demographic factors of age, race, ethnicity and socioeconomic status have also been noted as risk factors for breast cancer.A major risk fact is the age of the woman as risk of breast cancer tends to increase with age. Statistic put the risk as follows: Risk at age 45, 1 in 93; at age 55, 1 in 33; at age 65, 1 in 17; at age 85, 1 in 8.A race factor is that white women are at greater risk than black women. However, black women diagnosed with breast cancer are more likely to die of the disease. Equally, incidence and mortality of breast cancer rates vary according to regions, with the Far East having a much lower incidence than Western Europe and North America. The average lifetime risk of developing breast cancer for a woman in the USA is approximately 1 in 9.Other risk factors are residency in an urban area and the socioeconomic status including higher educational status and family income of the woman (women in the highest group have a risk almost twice as great as those in the lowest group).Studies also indicate that women who routinely work night shifts may increase their risk of developing breast cancer by as much as 60 percent. Scientists theorize that the body’s production of melatonin (a hormone that, among other tasks, regulates sex hormones) peaks during night-time darkness. Exposure to bright light during the night decreases melatonin production, which may in turn increase estrogen levels. These studies may account for why women in industrialized nations, who are exposed to more artificial light at night, have a greater risk of breast cancer than those in developing nations. 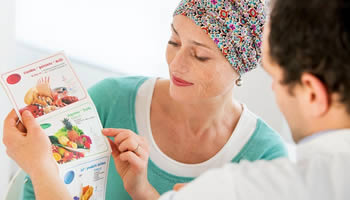 One important and preventable risk factor for breast cancer is cigarette smoking. The prevalence of breast cancer in smokers was approximately three times that of non-smokers. Research suggests that roughly half of all women are particularly sensitive to the carcinogens (cancer-causing substance or agent) found in tobacco and so have a higher risk of breast cancer if they smoke cigarettes. Such women have a slow-acting form of a liver enzyme that normally detoxifies carcinogens. For such women, every cigarette loads the dice in favor of breast cancer.

When breast cancer first develops, there may be no symptoms at all. But as the cancer grows, it can cause changes that women should watch for. Most often, the noticeable symptoms are not cancer (like lumps – 80% of which turn out to be benign growths or cysts), but it’s important to check with the doctor so that any problems can be diagnosed and treated as early as possible. Despite the emphasis on mammography as a screening device, breast cancer is usually first discovered as a lump (usually in the upper outer quadrant) by the woman or her physician.About 85-90% of clinically discovered breast cancers present with a lump in the breast; most of the remaining 10-15% present with pain, skin or nipple retraction (5%) and discharge from the nipple (2%); pain or swelling in the axilla is also occasionally noted. A woman can help safeguard her health by learning the following warning signs of breast cancer:
0shares
Medical and Site Disclaimer: