Are You Having an Emotional Affair? 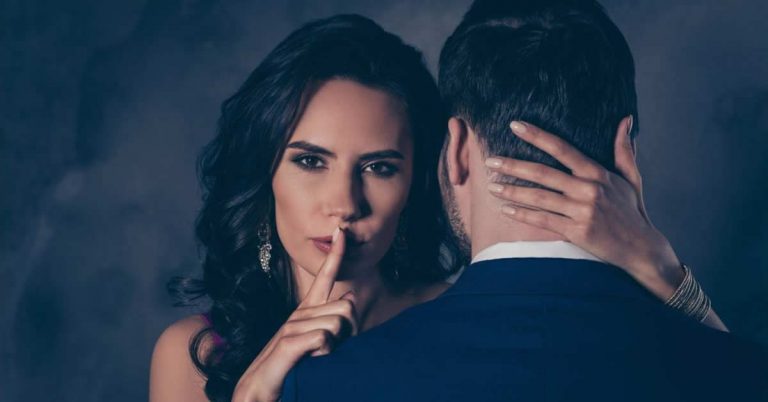 A lot of people think that cheating is only when you have sexual relationship with someone other than your spouse. But given the reality of the day, the dragnet is being widened to include nonphysical forms of cheating. This includes forming of any attachment which denies a spouse emotional intimacy.

So, there is the possibility that your partner can emotionally cheat on you. And what experts say is that it might even cause greater pain than being physically cheated on.

Emotional Affair – What is it?

The truth is that an emotional affair is not that easy to define like physical cheating. The reason is that it can be different in every relationship.

Cheating on a spouse is simply the breaking of relationship boundaries. However, the exact nature of these boundaries is dependent on a given relationship.

As a result, the boundaries between being friends and having an emotional affair are not always black-and-white. Nonetheless, there are certain fundamental issues at stake. This is regardless of whether it is physical infidelity or an emotional affair.

Emotional affairs are often gateway affairs leading to full-blown sexual infidelity. About half of such emotional involvements do eventually turn into full-blown affairs, sex and all.

In simple terms, an emotional affair is when you are channeling physical or emotional energy, time and attention into someone other than your spouse. There’s also the fact that you’re receiving emotional support and companionship from the new relationship while your spouse might be feeling neglected.

Essentially, you are becoming deeply connected with another person on an emotional level. Also, being so close increases the chances of you experiencing sexual tension or chemistry with the individual.

How an Emotional Affair Start!

Today’s technologies give men and women lots of opportunities to develop intimate relationships. Thus, these communication options can make it easier to get into in an emotional affair.

Getting back to an old boyfriend is so much easier with a social media service like Facebook. Even forming bonds with strangers today has become far easier than ever before.

Online communication is so much easier, can become more intense, and quicker. And did I mention cheaper? Thus, it’s harder to make clear distinctions between having platonic and romantic feelings.

One can get involved in an emotional affair through an innocent friendship. This can gradually increase in its level of personal intimacy and attachment.

For instance, you might encounter someone in the course of your normal work. The person might be a colleague, an old friend, or someone completely new. Over time, you might unconsciously become interested in the individual.

Simple email contacts can easily progress to having lunch drinks. And despite intense emotions developing, you still consider it as “just” lunch.

Before long, this can turn into a stack of secrets that starts being hidden from your spouse. In the interim, you’ve gotten yourself into an emotional entanglement.

Relationship experts say the office environment is a very fertile ground for cheating.

In an office environment, you might have an intriguing co-worker who seems more exciting than your spouse. Both of you might be working closely on the same project and share similar goals and aspirations. Being around someone like this most of the time at work can be very enticing.

In such a situation, it can be pretty difficult to realize that an emotional affair is developing. This is often because there is no big event such as a sexual encounter to signal when you’ve “crossed the line“.

This is the big problem with emotional affairs. They can start very innocently but can gradually become a big problem to let go of.

At the same time, they tend to continue for years since a lot of people fail to acknowledge them as cheating.

According to Dr. Shirley Glass, it is not only those who are unhappy in their relationships or thrill seekers who are prone to failing victim to emotional affairs. Even those in seemingly loving relationships can innocently fall victims to it.

If there is no sex involved, why then would an emotional affair be called cheating?

This is why a lot of people find it hard accepting that something is wrong with this type of friendship. For them, cheating is only valid when an individual has sex with someone other than their partner.

However, experts regard an emotional affair as “cheating without having a sexual relationship.”

To experts, the effect an emotional affair has on a relationship is less about sex itself. They consider it to be more about the total package of deception involved.

The truth is that an affair is all about the secrecy and betrayal involved when you share intimacies with someone other than your partner.

Thus, emotional affairs are about breaking the trust with your spouse even when the affair is nonsexual.

Then again, people find it hard to justify emotional affairs as they can often be difficult to define with precision.

Likewise, individuals in an emotional affair often develop sexual attraction for each other. This is despite the fact that they might not acknowledge it at times.

The new infidelity is between people who unwittingly form deep, passionate connections before realizing that they’ve crossed the line from platonic friendship into romantic love.

Also, an emotional affair mimics the emotional roles that exist between partners in a real relationship. This relates to the disclosing of personal information and turning to the other person during times of need.

The intimacy in an emotional affair develops from a friendship with confidence. This allows the individuals to tell each other intimate things. This can be about themselves or their marital relationships. Also, they discuss subjects they wouldn’t readily bring up with their partners.

Effects of an Emotional Affair

The truth is that it might not necessarily be the end of your relationship. But an emotional affair can be very devastating if your spouse finds out. Your spouse may start doubting whether they actually know you anymore.

For most people, the devastating hurt and pain from an emotional affair comes from the sense of feeling being deceived and lied to by their partner.

It’s basically a breach of the trust and a breaking of the bonds of intimacy you and your partner share.

According to relationship experts, most people recover faster from sexual infidelity than when lied to by a partner.

Then again, an emotional affair can easily lead to physical infidelity. This only adds to the problem as the deception often worsens. Also, breaking free from the affair becomes more difficult.

For the safety of your relationship, the best way out is to treat an emotional affair like a classic affair.

You need to break off from it and stop responding to emails and calls from the person like you used to do before. Also, disengage from any other type of involvement you might have with the person.

At the same time, you should steer clear of anything like a middle ground or “remaining friends”. If you’re colleagues, then endeavor to keep your relationship strictly business.

The emotional level you’ve gotten to with this person might be risky for you. Thus, it would not be wise to attempt reverting to something “more innocent” with the person.

But then you don’t really need to become overly fussy about it. However, you need to expeditiously nip the affair in the bud.

Overall, fidelity in a relationship is all about maintaining appropriate boundaries. Thus, the best way to protect your relationship from an emotional affair is for you and your partner to work together. Focus on building your relationship on a strong foundation of friendship and trust.