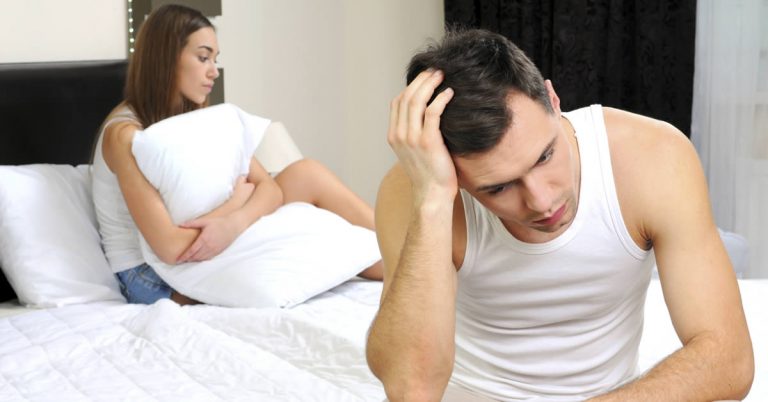 If you are having difficulty in having an erection, or sustaining one once it is achieved, and this is taking a toll on you and your relationship, then this article is to help you understand what you are going through and how to effectively solve this dreaded problem most men past through in their lives. Be of good cheer because it is estimated that almost all men who have this problem can overcome it.Normal male sexual function generally starts with sexual desire or libido involving the stimulation of the brain, nerves, blood vessels and hormones, and the erection of the penis by becoming firm, the release of semen (ejaculation) and ends finally with having an orgasm. An erection is achieved when the muscles of a set of spongy tissues in the penis, namely the corpora cavernosa, relaxes to allow the inflow of blood into the spongy tissues resulting in the expansion and firmness of the penis. To sustain this erection, another set of muscles blocks the outflow of blood once an erection is achieved.When there is a disruption or impairment of any or more of these processes involved in achieving an erection as a result of several psychological, neurological, hormonal or vascular causes, this will lead to the inability of the man to achieve or maintain an erection that is sufficient for satisfactory sexual activity. This situation is what is generally referred to as male Impotency or Erectile Dysfunction.Erectile dysfunction is relatively a common problem affecting up to 30 million men of all ages in the United States alone and over 150 million men worldwide. However, according to The Mayo Clinic, “an occasional episode of Erectile Dysfunction is normal” but then states that “When erectile dysfunction proves to be a pattern or a persistent problem, however, it can interfere with a man’s self-image as well as his sexual life. It may also be a sign of a physical or emotional problem that requires treatment.”Therefore, failure to achieve an erection less than 20 percent of the time is not unusual, and may not require any treatment. It is the failure to achieve an erection more than 50 percent of the time, which should generally be indicative of a problem and therefore requiring treatment.

For most men the causes of erectile dysfunction can be due to a psychological, neurogenic, vascular or drug-induced factor, or a combination of these factors.

High blood pressure, diabetes mellitus, hypertension and hyperlipidaemia are underlying causative factors for vascular impairment. These conditions lead to the partial or complete loss of the ability to not only achieve but also maintain an erection long enough for it to be useful to its owner and his partner. Also, high triglyceride and cholesterol, pelvic irradiation treatment of prostate, bladder and rectal cancers may damage blood vessels to the penis over time.

In order to effectively treat erectile dysfunction, it needs to be identified early, diagnosed and managed properly. Whatever treatment is to be embarked upon will depend on the diagnosed cause of the problem, but mostly on the patient and his partner based on their expectations and preferences, and also on the judgment of the treating physician based on his/her experience.

For thousands of years the issue of erectile dysfunction has existed with men and it would be noteworthy that before the advent of prescription drugs, NATURAL cures were used. Today there is an apparent inclination and crave by most people to want to use natural solutions in solving their health problems including erectile dysfunction. Generally, not only can they increase libido; they can also improve overall health and well being.There are certain rejuvenating products or sexual stimulants such as Asian ginseng, L-arginine, and Ginkgo biloba that increases sexual desire, facilitate penile microcirculation, and/or raise the penile concentration of Nitric Oxide (NO). Other products in this category include horny goat weed (several species of Epimedium), and a combination of fenugreek and ginseng.However to most professional researchers, no true aphrodisiacs, herbal or otherwise, have been proven to exist. This opinion is mostly held because the effects of herbal supplements tend to have no definitive studies regarding their efficacy, relatively nonspecific, limited, and associated with unpredictable or unknown side effects. There is therefore need for randomized, controlled, double-blinded studies to assess their efficacy and prevent their abuse for commercial gain.

Since its release in March 1998, sildenafil (Viagra) has become the drug of choice for treating erectile dysfunction. Viagra improves erections by working locally on the penis by inhibiting an enzyme phosphodiesterase-5 (PDE-5). Men taking Viagra reported a higher satisfaction rate in overall sexual function, orgasm, penile rigidity and maintenance of erections.Other oral agents similar to Viagra that have been approved for the treatment of erectile dysfunction include vardenafil (Levitra) and tadalafil (Cialis). These drugs basically work in the same way with Viagra but while Levitra has very similar duration of action compared to Viagra, Cialis may be active for longer periods up to 36 hours.However certain precautions should be taken before consideration of an oral medication as treatment of choice for erectile dysfunction. Points to consider are the facts that they have certain side effects like Viagra and Levitra causing blurry vision and Cialis causing joint and back pains; they are not effective in patients who have prostatectomy; they cannot be used in some patients and cannot be taken with some other medications.

Prostaglandin E1 (alprostadil) placed inside the penile urethra, medicated urethral system for erection (MUSE), has been used when oral medications have been unsuccessful. Large studies from Europe and the United States demonstrated that MUSE was effective in 43 percent of men with erectile dysfunction from various causes. The major advantage of MUSE therapy is that it is applied locally and has few side effects. The major drawbacks are that it may cause moderate penile pain, and it can have an inconsistent response rate.

When oral medication fails, penile injections to induce erection are another alternative to treat erectile dysfunction. The most commonly used agents include alprostadil or a combination of papaverine, phentolamine and alprostadil (Trimix). The response rate for the Trimix solution is as high as 90 percent and most men and their partners find that injection therapy is easy and are very pleased with the results.Men must have appropriate training and education before beginning home injection therapy. However there might be occasional fainting, dizziness, low blood pressure as side effects and also pain, infection, bruising and scarring if patients are not trained properly (however they are rare).

In patients who only have partial erections or who either do not respond to other treatments or prefer not to use them, a vacuum device maybe useful. The device consists of a plastic cylinder connected to a pump and a constriction ring. The vacuum pump uses either manual or battery power to create suction around the penis and bring blood into it; the constriction device is then released around the base of the penis to keep blood in the penis and maintain the erection.

For men with erectile dysfunction who have failed or cannot tolerate other treatments, a penile prosthesis offers an effective, but more incursive alternative. Prostheses come in either a semi-rigid form or as an inflatable device. Most men prefer the placement of the inflatable penile prosthesis.The placement of the prosthesis within the penis requires the use of an anaesthetic through a surgical procedure. Patients and partners satisfaction rates are as high as 85 percent. Nonetheless, rare side effects include infection, pain and device malfunction or failure.Treatment for erectile dysfunction generally should start with the simplest methods. The first method of treatment should be the primary use of an orally administered PDE-5 inhibitor. If this fails (which occurs in about 30% to 50% of cases), reinstruction as to proper administration or switching to another PDE-5 inhibitor may be attempted. Further failure may necessitate resorting to a second line of treatment which might include a vacuum device, intraurethral inserts, intracorporeal injections, and some natural products and herbs. These treatments may be tried in combination with each other or with a PDE-5 inhibitor. If no progress has been made to this point, a penile prosthesis could then be opted for.However, you need to realize that the PDE-5 inhibitors, vacuum devices, intraurethral inserts, intracorporeal injections, and penile prostheses do not cure the original disease or disorder causing the erectile dysfunction and are not without their side effects. Other than not yet having clinical and standard organisations certification, the herbal supplement treatment options which have been around for centuries are an effective alternative for the treatment of erectile dysfunction.
0shares
Medical and Site Disclaimer: