Happily Ever After – A Reality Check 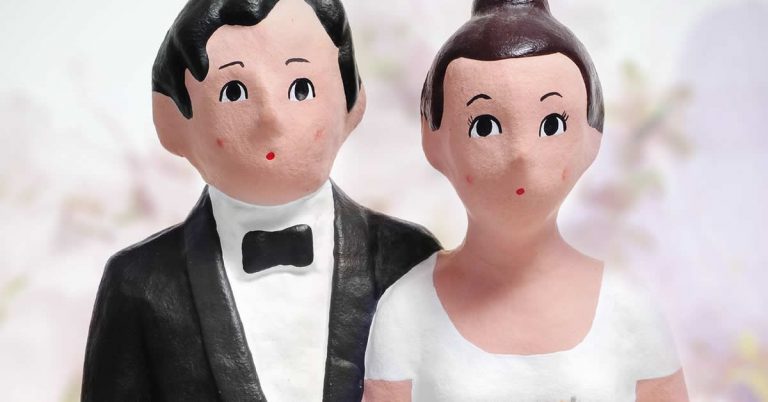 There’s nothing that threaten relationships today like the “happily ever after” fantasy. While, it may somewhat appear to be an offshoot of the Grass is Greener Syndrome, it kind of has its own peculiarities that stands it out from the former. But that is not our contention here.

Society has been so carried away or perhaps, brainwashed, with this fantasy that has left so many relationships devastated. But why do people still believe in this fantasy despite the negative effects on relationships? And why does it seem to be the type of love most people are ultimately seeking?

“Ever-after” as “to live (happily) until one’s death” is “mostly” used in fairy tale books and movies. They have for the most part, made little girls believe that someday their Prince would come for them.

Of these, Cinderella stands out tall. For her, it happened when Prince Charming showed up and slipped her foot into the glass slipper. And they lived happily ever after… Most of these standard fairy tale endings have made happily ever after seem easily attainable.

Myth of “The One”

Thus, most people today, guys and girls, have come to believe the myth that there is “The One” who is specifically meant to complete them.

They believe that one day, they’ll find The One who’ll meet their physical ideals, give them butterflies in their stomach, and set their heart on fireworks. Then, together, they’ll live happily ever after.

This myth essentially makes guys and girls to believe that if they just meet the “right partner“, happily ever after becomes an achievable goal.

The problem is that novels and movies are basically based on this idea for marketing purposes. But in real life, there’s no such script to direct us in living a happily ever after. Thus, it’s nothing more than an illusion.

The baffling thing is that to a very large extent, the rational part of us knows that this is but an illusion, a fantasy. In fact, we’re all pretty aware that relationships generally go through difficult times and that the initial infatuation always fades.

Yet, the struggle between the mind and the emotions rages ever so strongly within us. Pitting our rational minds against our emotions.

And more often than not, with our emotions being way stronger than our minds, we often end up buying into this myth hook, line, and sinker.

Howbeit, the “happily ever after” inundations from the media make it a lot easier for the emotions to triumph over the mind.

Yes, for me the biggest dream is the fairytale. I will never give up on that dream…

Happily Ever After is Unconditional Love

For the most part, when you come to think of it, what actually is real love? In my opinion, happy ever after is basically trying to portray a picture of unconditional love – however with rose-colored glasses. Prince Charming picked Cinderella even though she wasn’t royalty. The love was unconditional.

Thinking of it, why won’t they? Who wants the hard work that is called love? Because that is what love is, hard work! Plain and simple!!

Happily Ever After Doesn’t Just Happen

It’s also ironic that we pay lip service to our relationships but put in so much effort into other areas of our lives. Yes, we mostly pay it lip service.

Really think about it. Everyone knows that success in any endeavor in life requires a degree of planning and conscientious hard work.

Despite that, as a professional, you don’t expect that your first job will automatically set you on a path to a flourishing career. Yet you expect that every other thing will fall in place simply because of your commitment or marriage to your “wonderful” partner.

You also continue investing time and energy taking training classes, learning new skills, and doing all the necessary hard work. Thus, you put in so much effort into your career to achieve your dreams even when it might be daunting.

The same applies to keeping fit. You put in great effort at the gym and workout in order to keep healthy and looking great. But how much do you do for love?

Do you make as much sacrifices in your relationship as much as you do in other areas of your life? I guess that’s mostly a big NO. And yet you want to have a happily ever after relationship. You hardly lift a finger believing it’s supposed to be “just right!”

Why do you treat love with levity compared to other areas of your life in terms of putting in real hard work? Also, considering it’s possibly the single most important factor to your well-being, is it wise leaving it to chance?

Likewise, a relationship is a two-way street. It involves reciprocal actions of giving and taking. Without reciprocity, any relationship will die! How much effort are you putting in to keep your relationship alive?

How long is it going to take you to realize that a stable and loving relationship is happily ever after? Have you not yet realized that your “Prince Charming” or “Princess” is just a mere mortal?

When will it dawn on you that the qualities epitomized in happily ever after only happen when partners truly commit to each other? And that this commitment entails enduring the inevitable ebb and flow of a long-term relationship?

And they lived happily (aside from a few normal disagreements, misunderstandings, pouts, silent treatments, and unexpected calamities) ever after.

And when are you going to stop relying on unrealistic expectations and wishful thinking concerning matters of the heart?

Basically, the “happily ever after” myth is emphasizing that love should be left to fate. But committing to loving someone forever based upon fairy-tale beliefs instead of willfully choosing partners that have traits that make for enduring love, is nothing but a recipe for disaster.

According to Dr. Ty Tashiro, author of The Science of Happily Ever After, “A grown-up love story should not be a fairy tale or a romantic tragedy, but instead should be approached as a mystery.”

“If the goal is to find the truth in love, to search for love that is real and enduring, then love cannot be left to fate.” Dr. Tashiro further stated.

Love is too fragile a thing to left in the hands of fate. Fairy-tale love should never be the basis on which any serious love relationship based. Instead, you should give priority consideration to the traits and compatibility of a prospective partner.

Living in Happily Ever After

I’m not trying to say that it is impossible to experience true happily ever after in your relationship. That’s not the point.

What I’m driving at is that we need to be more realistic of what we expect from our relationships. For instance, this entails understanding the fact that building a life together with another person can be real hard work.

For me, a true happily ever after is building a “real life” with a genuine commitment to working together through all the ups and downs in a relationship. It’s also a pledge to work through the bad times together. And also, that together, we’ll fully savor all the victories and good times that comes along.

Every fairy tale, it seems, concludes with the bland phrase “happily ever after.

Yet every couple I have ever known would agree that nothing about marriage is forever happy. There are moments of bliss, to be sure, and lengthy spans of satisfied companionship. Yet these come at no small effort, and the girl who reads such fiction dreaming her troubles will end ere she departs the altar is well advised to seek at once a rational women to set her straight.

The mainstream media’s portrayal of the grand idea of “happily ever after” is nothing but a myth. The truth of the matter is that true happiness in a relationship is what you make it.

According to research reports in “The Science of Happily Ever After“, only three out of ten couples do successfully find happily ever after. Thus, it’s not impossible and nothing stops you from being one of those three?

The goal therefore should be to emulate what happily ever after couples do to create and maintain happiness in their relationships.

Thus, it’s very possible to achieve happily ever after in your relationship. All you have to do is be ready to put in the requisite hard work and it’s all yours.

In moving forward, you might have to start by consciously fighting against the cultural norm that you can “have it all” and that you should wait for Mr. or Ms. Perfect.

You equally need to stop listening to the culturally-fabricated voice in your head telling you that you can do better and that you’re settling.

Love is not sufficient. It never has been. Stories that claim otherwise are lies. There’s always SOMETHING after happily ever after.

Very importantly, you need to rid yourself of most of the ideas from the dysfunctional mainstream media. Let go of their ideologies about what real love, romance, and marriage are all about.

It’s very important that you stop comparing your relationship to the impossible relationship ideals portrayed by mainstream media. By shutting them out, you’ll find true happiness and contentment in relationship.

Therefore, learn to be a more kind, loving, and trustworthy partner in your relationship. Also, intentionally make an effort to be more understanding of your partner and love them unconditionally. Make yourself to become their best friend and partner in every way.