The two common sexual disorders that most men fear are Erectile Dysfunction (ED) and Premature Ejaculation (PE). Erectile Dysfunction (also known as Impotence) is the general inability of a man to attain and maintain an erection in order to perform sexually while Premature Ejaculation is the ejaculation that occurs earlier than desired which can either be before, on, or soon after penetration leaving the couple feeling unsatisfied.When it comes to the issue of Erectile Dysfunction, a series of factors are involved in developing an erection. Sexual arousal causes nerves in the brain and spine to signal arteries in the penis to swell up with blood. The spongy tissues in the penis expand and it becomes erect. Any interference with this process, whether physical or psychological, can prevent an erection.As men age, there are changes in erectile function. It may take longer to develop an erection and it may not be as rigid, and more direct stimulation may be required. Orgasm may become less intense and the volume of ejaculate reduced. The majority of cases of ED are caused by physical factors such as diabetes and nerve damage. It can also be caused by psychological issues, or the use of certain drugs. In most cases it is not caused by low sexual desire.Meanwhile, for majority of men, holding the urge to ejaculate is difficult and sometimes impossible to control, thus ejaculation occurs relatively fast. If this occurs prior to the women achieving sexual satisfaction, then frustration can result. If this frustration continues, it is very like to damage a relationship.Premature ejaculation is rarely a problem by itself, as it has several underlying possible causes and rarely is it caused by a physical or structural problem. Some of these causes may include by not limited to stress or other physical conditions, emotional or psychological factors and even poor health issues like high cholesterol.The ejaculatory reflex running from the brain to the penis is very complex thus just focusing on the nerve endings itself as is the case with most PE treatments does not really solve the problem in a holistic manner and have generally failed in solving the control of ejaculation. Ejaculation is more much concerned with the mind than with the penis only because if the mind is under control, the man will be in a better position to control his natural urge to ejaculate early.

From the foregone, there is now growing interest in alternative medication for the cure and treatment of both of these male sexual dysfunctions. The use of herbal medicine in the treatment of both ED and PE has thus received a very big boost in recent times owing to growing realization of their effectiveness based on both historical records and some recent studies.Herbal medication and practice have been used for well over 5,000 years and have proven highly effective in the treatment of most male sexual dysfunction including erectile dysfunction and premature ejaculation. While most herbal practitioners over the centuries have focused more on the whole person, Western physicians look more at the disease itself. Herbs and foods are what have been used mostly for the treatment of most health problems.New therapies continue to show the usefulness of plants as a source of our pharmacopoeia. It is on record that only 90 plant species accounts for most of the plant derived drugs in common use by physicians, about 120 drugs in all. Three-fourths of this list was discovered by following up on traditional folk medicine claims.Basic to the use of herbs in alternative medicine is the belief that whole plant material is superior to synthesized or isolated chemicals derived from plant sources. The material may be flowers, bark, roots, or leaves, used singly or in combination, often taken in the form of teas, or ground and taken as tablets, or used in salves. These compounds are thought to produce fewer unintended or dangerous effects, and a “balanced” action as opposed to single drugs.Herbal supplements are reported to be very promising in the treatment of male sexual dysfunctions. Herbs are generally more effective, safe, work just as quickly, have fewer side effects, cheaper than their synthetic counterparts and usually require no prescription. As a matter of fact, four-fifths of all people, worldwide, still rely to a great extent on traditional medicines based on plants and their components and about 40 per cent of the United States population have made use of some kind herbal remedy.When it comes to the herbal treatment of erectile dysfunction and premature ejaculation, there are many potent herbs which as a result of their history of effectiveness in the treatment of male sexual dysfunctions are now prepared commercially as herbal formulas in the form of teas, pills or capsules, gels, creams, lotions, and oils.The chief herbals plants used in the majority of these formulas because of their proven efficacy in treating male sexual dysfunction include the following: 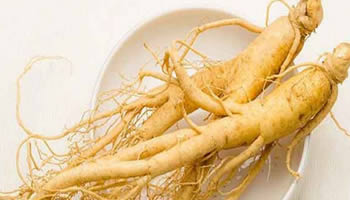 Ginseng is thought of by many as a virtual panacea. American ginseng (Panax quinquefolius) and Korean ginseng (Panax ginseng) are very similar in composition and properties. Korean ginseng has been used for centuries as a general tonic, stimulant, and stress reliever. In Chinese medicine, American ginseng has been used, but is thought to possess less stimulant activity.Ginseng has adaptogen properties (helps the body deal with stress, whether physical or emotional) and enhances immune function. Research supports benefits for erectile dysfunction, enhancing fertility, improving blood sugar control in diabetics, improving physical performance and a sense of well-being, and enhancing mental function. Korean ginseng promotes the growth of male reproductive organs, increases sperm and testosterone levels, and increases sexual activity. In general, scientists believe the link between ginseng and sex drive is due to ginseng’s effect of strengthening the overall health and balancing the hormonal system. This is basically the thrust of herbal practitioners over the ages by concentrating on the whole person rather than on the disease itself.Scientifically known as Eurycoma Longifolia Jack, is the root of a tree known as the tree that “cures 1,000 diseases” normally found in the jungles of Southeast Asia. Tongkat Ali is also consumed to boost energy and stamina. Some studies have proven its efficacy as an aphrodisiac that improves strength and power during sexual activities and that it increases male virility and sexual prowess.

Ginkgo biloba is the top-selling herb in the United States. It increases blood flow to the brain, hands, feet and sexual organs (improves sexual sensation). It improves the tone and elasticity of blood vessels. Several studies involving men suffering from Impotence and Premature Ejaculation have shown that Ginkgo specifically boosts blood flow to the penis.

It is a root-like vegetable found high up in the Andes Mountain range of South America. Rich in the amino acid arginine, which increases blood flow to the penis and histidine, which helps support orgasm and ejaculation; preliminary research has found it helpful. Maca is listed as an aphrodisiac in Traditional Chinese Medicine and is used to treat premature ejaculation, erectile dysfunction and frequent urination. According to the Universidad Peruana Cayetano Heredia, in Lima, Peru, the herb has been shown to increase testosterone levels, seminal volume and sperm count per ejaculation. It is also considered as an anti-aging herb and is known to improve vision. 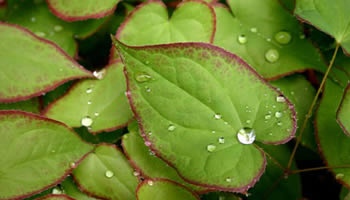 Yohimbe (Corynanthe yohimbe) is an herb derived from the bark of the yohimbe tree found primarily in the West African nations of Cameroon, Gabon, and Zaire. The yohimbine-rich bark of Yohimbe has been used for centuries to combat sexual dysfunctions and also an as an aphrodisiac. It is one of the most popular and effective sex stimulants for both men and women. Long term usage of Yohimbe can result in erections that are firmer, larger and longer lasting. It also encourages permanent gains in penis size. Most men will notice an effect within a half hour as it increases blood flow to the vessels of the penis.

It has a renowned reputation for moving energy to the genital area. The herb has been shown to increase blood flow into the corpus cavernosa portion of the penile chamber creating harder, stronger erections. It has been considered a central nervous system stimulant with aphrodisiacal properties used for sexual impotency, agitation, nervousness, premature ejaculation, and sexual weakness. One study conducted at National University in Singapore also indicated that Tribulus is helpful as a sex booster.

A variety of carrot unknown to most Americans, Cnidium monnieri is a leafy annual with flowers that grow in clusters. Described about 2,000 years ago in the Chinese herbal classic Shen Nong Ben Cao Jing, Cnidium is a popular remedy for low sex drive in Chinese medicine. Only the seeds and essential oil of Cnidium monnieri, which belongs to the Apiaceae family, are used as a drug. The seeds may also be taken internally to treat erectile dysfunction as well as infertility in both sexes. They help with the release of nitric oxide and also inhibit PDE-5. Thus enabling the attaining and maintaining of an erection and it also help to promote stronger blood circulation.Because this category of products can be marketed without FDA review or approval, standards for dosage and other manufacturing safeguards, or evidence of safety, it is therefore advisable to consult a physician who will be able to interpret claims made by the manufacturers of these products.A tip-off should be when the product’s claim is simply by enumerating each ingredient (like on a product label) without including their respective quantity. Others will boost the amount of Recommended Dietary Allowance (RDA) they include, and claim percentages that look impressive on paper, but mean little in actuality. However these are not rule of thumb, do your research or better still consult with your physician.However, depending upon the cause, curing any erectile dysfunction (ED) or premature ejaculation (PE) is better done though a combination of meditation, herbal pills and cream/gel for local application that makes a perfect set of remedy for male sexual dysfunctions. Also it is important to still discuss with your doctor any other ailment you might be having and the treatment you are using as some of these herbs could cause some undesirable (however few) side effects.
0shares
Medical and Site Disclaimer: