Pheromones – The Scent of Love 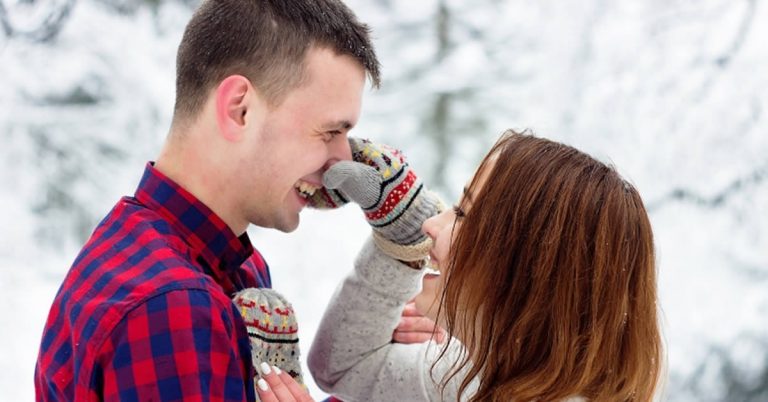 “Why certain bright colours should excite pleasure cannot, I presume, be explained, any more than why certain flavours and scents are agreeable; but habit has something to do with the result, for that which is at first unpleasant to our senses, ultimately becomes pleasant, and habits are inherited.” – Charles Darwin, The Descent of Man and Selection in Relation to Sex

If birds and bees do it, then surely, Masters and Johnson believed, human beings rely on a sense of smell in sexual selection. Olfaction must play a hidden role in the allure between men and women, the sweet and musky odors that excite the senses and signal the inevitability of love. Smell is one of our most primitive senses, said by some to have the longest recall power. Unlike sight and touch, it travels a direct route to the brain’s limbic lobe where it can provoke an emotional reaction that can, quite literally, be a turn-on.How wonderful it would feel finding that there’s an invisible, undetectable chemical force that’s powerful enough to override your sense of reason yet draws you to someone with an almost animalistic passion. Have you ever wondered why you meet someone and feel an almost immediate and irresistible attraction towards them? Or may be how a particularly pleasurable scent from a distant past still arouses a rush of emotions when you smell it, reminding you about someone you’ve been with before but might have even forgotten her face or name. These are remarkable influences, pheromones exact on men and women.Pheromones are airborne chemical signals that are secreted by an individual into the environment and which affect the physiology and behavior of other percipient members of the same species. In humans, they are generally linked to sexual attraction between both men and women. In essence, you are attracted to others and they are attracted to you partially due to the pheromones you and they secrete.Although there is scientific evidence that pheromones exist, little is known about them. It is believed that the way pheromones work is similar to the way hormones in the body send specific chemical signals from one set of cells to another, causing them to perform a certain action. A major difference between pheromones and hormones is that hormones are secreted and circulated inside the body through the bloodstream, while pheromones are secreted outside the body through the sweat glands, skin, and urine.Pheromones are found throughout the living world and are probably the most ancient form of animal communication. Pheromones have been documented to influence sexual behavior in animals – mammals regularly mark their territorial boundaries with pheromones from specialized glands; female gypsy moths and Japanese beetles each emit a species-specific sexual pheromone to attract males. These odors can be detected by males at enormous distances and can alter male behavior dramatically. Even mates and offspring of certain mammals often recognize one another by odor. In these animals, pheromones are detected by the vomero nasal organ (VMO) in the nasal cavity.Just like in these mammals, inside the human nose is a small cavity called the vomero nasal organ (VMO), which is lined with a cell type that is unlike any other cell in the human body. It is far less prominent in humans than in animals which depend more heavily on smell for guidance. The VMO appears to specialize in detecting pheromones without people’s conscious awareness. In other words, people do not “smell” pheromones in the same way they smell perfumes. The scent is registered at some brain level and people respond to it emotionally and/or physically. However, we don’t have to be aware of pheromones for them to have an effect.Sexual chemistry is an amazingly complex phenomenon. Biologists describe pheromones as “smellprints” supposedly as unique to each of us as our fingerprints. Sexual chemistry starts with our brains (the biggest sexual organ) and proceeds to be “triggered” through body chemicals such as phenylethylamine, dopamine and oxytocin. Researchers today are of the opinion that the key to sexual chemistry between people is the pheromones they secrete and are particularly looking into the theory that these substances may be the reason you choose or reject a potential partner.A recent Swedish study concluded that men and women respond differently to two odors that play a role in sexual arousal: a testosterone derivative produced when men sweat and an estrogen derivative found in women – both thought to be pheromones. According to the New York Times,

“The estrogen-like compound, though it activated the usual smell-related regions in women, lit up the hypothalamus in men. This is a brain center that governs sexual behavior and, through its control of the pituitary gland lying beneath it, the hormonal state of the body. Interestingly, the testosterone-derivative lit up the hypothalamus in women, but acted as a normal smell in men. The two chemicals seemed to be leading a double-life, playing the role of odor with [the same] sex and of pheromone with [the opposite sex].”

If a couple’s “odour-prints” don’t match, they won’t make for a good fit. The source of a person’s unique odor, in fact, derives from his/her respective immune system. According to Psychology Today, A part of our DNA called the major histocompatibility complex (MHC) is involved in producing our own singular smell. Immunity is inherited from both parents, and because the human species is best protected by the broadest array of disease resistance, we are designed to mate with a partner whose MHC profile differs from our own. As such, studies suggest that we like the scent of people with immune systems unlike ours. Couples with similar immune systems have a higher risk of spontaneous miscarriages and have more trouble conceiving.To test the theory that the DNA of differing immune systems drives sexual preference, Claus Wedekind, of the University of Bern in Switzerland, conducted a study in which women were asked to smell various clothes worn by different men and select the ones they found sexiest. The women selected the shirts belonging to men whose immune-system profiles most differed from their own. Proving the power of this discovery, many women also said that the favoured clothes reminded them of current or ex-lovers.Interestingly, clothes belonging to men who had similar immunity profiles reminded the women of male family members, such as their fathers or brothers. Wedekind writes, “This indicates that MHC-dependent body odor preferences play a role in actual mate choice.” So when it comes to mating, it appears that opposites do attract. It’s better to pick a partner who is genetically dissimilar, and often the best way to find him is to follow your nose. No wonder that a woman’s power of scent is at its strongest during ovulation.“His smell”, was rated highly among five top other factors such as confidence, height, a sense of humor, and a handsome face amongst various factors of sexual attraction of women towards men. However, most men rated a woman’s scent among the least factors in sexual attraction which however does not mean that men don’t respond to scent without realizing it. Receptivity to pheromones has been shown to remain relatively stable over life in men, whereas there is a peak in pheromone receptivity during ovulation in women as well as an overall greater level of odor discrimination ability during the years of fertility.Of further interest are women who live together or work in close proximity who tend to find that their cycles begin to coincide. Researchers have discovered that this tendency toward synchrony of cycles among females who spend an extended time together is mediated by pheromones produced by the women themselves that expedite or delay the onset of the ovarian cycle.While there’s no doubt that pheromones underlie sexual and other types of behavior in animals, the human psyche, is a rather complex and different playing ground altogether. There is yet no scientific verdict if these invisible lust signals – pheromones – are all that is needed for love. However there is a body of evidence suggesting that the chemistry of sexual attraction and arousal is more nature than nurture and quite beyond our control.Few recent studies however suggest that some synthetic pheromones may increase the rates of men’s sexual encounters and behavior. Other studies have shown that adding a particular pheromone (of as yet unknown composition) to a man’s shaving cream daily seems to increase his female partner’s sexual desire. The use of these substances may have great impact on the future management of low sexual desire. These new fragrances are not billed as “aphrodisiacs” but as “mood-enhancers” designed to help in relaxation and reduction of sexual inhibitors.Just as women are attracted to male scent, so men are to theirs. A person’s scent is individualistic – so an individual may not smell that good at first. However, if you pay attention to his/her scent, you may find it stimulating – this is, after all, the idea behind pheromones.
0shares