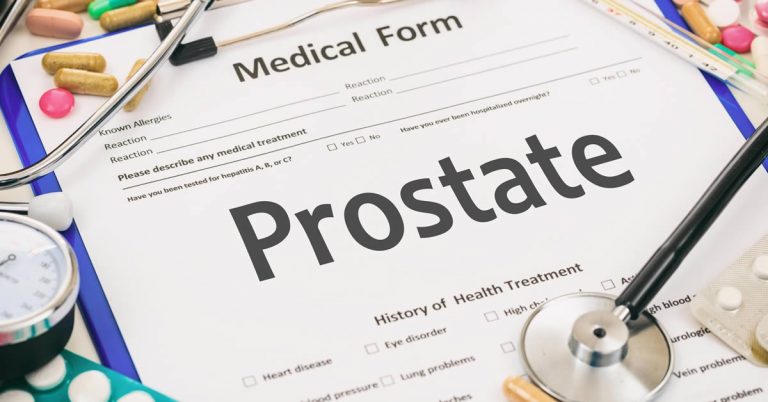 Prostate cancer is the most common non-skin cancer and second only to lung cancer in cancer related deaths among men in the United States. Sometimes this cancer can be small, slow growing and present limited risk to the patient while at other times it can progress rapidly presenting great health risks. Yet, when prostate cancer is detected in its early states, it can be effectively treated and cured. Therefore, it is advisable for men to have an annual medical check-up in order to examine their prostate’s size, texture, and general functioning.The prostate is a part of the male reproductive system and is about the size and shape of a walnut; and is located between the bladder and the base of the penis. The urethra – the tube that carries urine from the bladder and semen from the sex glands out through the penis – runs through the center of the prostate. That is why any disease or condition that increases the size of the prostate or causes inflammation can lead to urinary problems as the enlarged prostate can squeeze the urethra thus affecting the flow of urine.One major function of the prostate is to lubricate the ejaculation process (by making and adding fluids to semen and other seminal fluids) and to increase the pH making the vagina more hospitable, and therefore more conducive for fertilization. It produces prostatic fluid when the man is aroused and contracts during ejaculation to empty.Normally body cells grow, divide, and produce more cells as needed to keep the body healthy. However, sometimes the process goes wrong – cells become abnormal and form more cells in an uncontrolled way. These extra cells form a mass of tissue, called a growth or tumor. Tumors can however be benign (not cancerous) or malignant (cancerous). Thus prostate cancer occurs when a malignant tumor form in the tissue of the prostate. In its early state, prostate cancer needs the male hormone, testosterone to grow and survive.Also, sometimes, cancer cells break away from the malignant tumor in the prostate and enter the bloodstream or the lymphatic system and travel to other organs in the body. When cancer spreads from its original location in the prostate to another part of the body such as the bone, it is called metastatic prostate cancer, not bone cancer. Often the appearance of the prostate cancer cell provides a clue to indicate if it is programmed to be slow growing and relatively harmless or more aggressive and lethal.However other medical problems can equally affect the prostate. Among these medical problems is Benign Prostatic Hyperplasia BPH (often called benign prostatic hypertrophy) which is a noncancerous enlargement of the prostrate, a condition that becomes increasingly common as men age. This can result in urinary problems, including urinary tract obstruction. The second is Prostatitis, also a noncancerous inflammation of the prostate which can cause burning sensations during urination. Clinically important prostate cancers can be defined as those that threaten the well-being or life span of a man.

Prostate cancer is predominately a disease of elderly men and is one of the most common types of cancer among American men. Cancerous cells are likely to be found in the prostates of 22% of men age 50-59, in 37% of men 60-79, and in more than half (53%) of those living to 80 and older. The disease rarely occurs in men younger than forty years of age.Globally, prostate cancer ranks third in cancer incidence and sixth in cancer mortality among men. However, there are marked geographical and ethnic variations in the incidence and mortality of clinical prostate cancer. The risk is highest in North America and northern European countries, and lowest in Japan and other Asian countries and intermediate in regions of Central America and Western Africa. The differences in occurrence may partly be accounted for either by the differences in screening for prostate cancer and the risk of other diseases among world regions or more likely by genetic predisposition as well as diet and other environmental factors.

Despite the high incidence of prostate cancer, scientist still do not have any fundamental knowledge about the exact cause of this disease and thus have been unable to explain why one man has the disease and the other does not. However, they have been able to identify some risk factors that are associated with the disease. A risk factor is anything that increases the chances of one getting a disease.

Age is the greatest factor influencing the development of prostate cancer. The diagnosis of prostate cancer is rare before age 40 but increases dramatically thereafter. In the United States, it is estimated that one in 55 men between the ages of 40 and 59 will be diagnosed with prostate cancer. This incidence climbs almost to one in six for men between ages 60 and 79.This association is also reflected in mortality as prostate cancer accounts for about 10 percent of cancer-related deaths in men between the ages of 60 and 79 and nearly 25 percent in those over the age of 80. Clinical disease is rather rare in men under the age of 50 years, and the incidence increases markedly in men aged over 60 years of age. 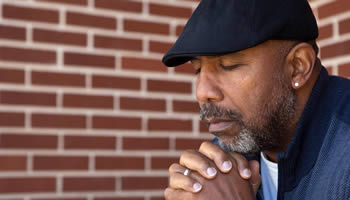 Heredity seems to be the most important risk factor. Indeed, men with a family history of the disease may have a risk of developing prostate cancer 2 to 11 times greater than men without a family history of prostate cancer. Approximately 9% of all cases of prostate cancer have a genetic basis. The risk is even higher when two or more relatives are affected or when the affected relative is a father or brother.While, on a global level, prostate cancer ranks third in cancer incidence and sixth in cancer mortality among men, there is however, a notable variability in incidence and mortality among world regions. The incidence is low (but rapidly increasing in recent years) in Japan and other Asian countries and intermediate in regions of Central America and Western Africa. The incidence is higher in North America and Northern Europe. Even within the United States, this disease is much more common in African-American men than in any other group of men. It is least common in Asian and American Indian men.

There is also considerable evidence that some Western lifestyle factors play a role in the occurrence of prostate cancer. However the specifics as to which lifestyle factors are involved are still not very clear. Nonetheless there are suggestions that excessive intake of calorie, dietary fat, and refined sugar increases the risk of developing prostate cancer. Also reduction in the intake of fruits and vegetables, reduced exercise, and overall higher obesity rates are also considered to increase the risk of having prostate cancer. Specifically, obesity has been clearly shown to increase risk of death from prostate cancer. Thus, the simplest advice for avoiding death from prostate cancer is to prevent obesity and if you are obese, to lose weight and keep it off.Also there are some food components that have been suggested to protect men from the risk of prostate cancer and amongst this is soy protein which could also be a factor in the reduction of the prevalence of prostate cancer in Asian countries and is therefore regard as the most protective dietary factor against prostate cancer. Also the intake of green tea by residents of Asia has been adduced to contribute to the low prevalence of prostate cancer in that region.Equally, the intake of dietary substances such as lycopene and fish oils is believed to help in reducing the risk of developing prostate cancer. Cooked tomatoes are rich sources of lycopene. Lycopene are antioxidants that may protect cells from becoming cancerous. Fish oils (omega-3 fatty acids) are thought to reduce heart disease due to reducing inflammation. Given the presumed importance of inflammation in causing prostate cancer, it stands to reason that fish oils may prevent prostate cancer. Other food components that have been suggested to protect men from the risk of prostate cancer include carotenoids, pumpkin, spinach, watermelon, and citrus.However, regarding the issue of prevention of prostate cancer, there is still a lingering controversy about true prevention. Consequently, most physicians believe that there is no easy substitute for a healthy lifestyle involving eating a healthy diet, avoiding dietary excesses, eating plenty of fruits and vegetables, getting lots of exercise and being physically active, visiting the doctor on a regular basis, and most importantly achieving and maintaining a normal body weight.
0shares
Medical and Site Disclaimer: