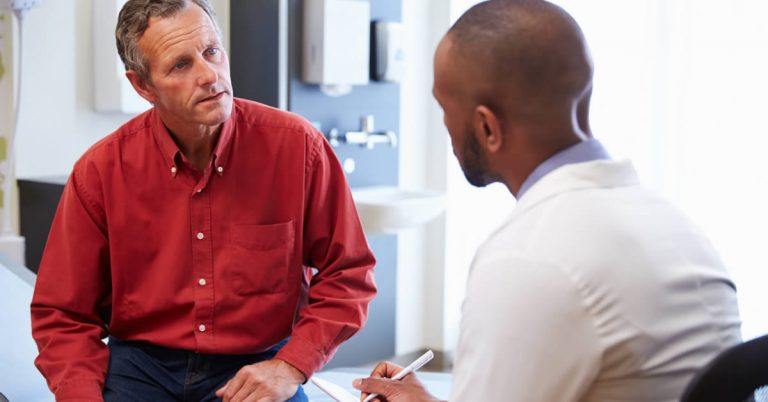 Although some cancers may grow so slowly that treatment may not be needed, other grow fast and are a threat to life. Determining the need for treatment and the type of treatment can be a difficult decision.There are a number of ways to treat prostate cancer. However, the choice will mostly be up to the doctor to determine which ones may be appropriate depending on the stage of the disease and grade of the cancer as well as the age and health of the patient. However, the longer the patient’s life expectancy, the more uncertain the prediction and choice of a treatment method becomes, as most prostate cancers progress with time. The feelings of the patient and the possible side effects are also to be taken into consideration.Treatment for prostate cancer may involve watchful waiting, surgery, radiation therapy, or hormonal therapy. Some men receive a combination of therapies. A cure is probable for men whose prostate cancer is diagnosed early. However, surgery, radiation therapy, and hormonal therapy all have the potential to disrupt sexual desire or performance for a short while or permanently. Therefore it is advisable to discuss your concerns with your doctor.Two major treatments have been proved to be efficient in eradicating localized prostate cancer: surgical removal of the prostate and vesical vesicles (radical prostatectomy), and radiotherapy (external beam radiotherapy and interstitial radiotherapy). It is admitted that patients who will benefit from these treatments are those whose life expectancy exceeds 10 years. No benefit is expected in older patients who are likely to die from another disease. However, for those with metastatic prostate cancer, hormone therapy or chemotherapy would prove more effective although radiotherapy could also be used. 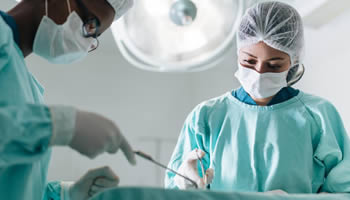 Radiation therapy, also sometimes called radiotherapy, is a general term used to describe several types of treatment including the use of high-powered X-rays, placement of radioactive materials into the body or injection of a radioactive substance into the bloodstream. These various types of radiation treatments are used in a wide range of settings. These circumstances include primary treatment of localized prostate cancer, secondary treatment for cancer recurring within the region of the prostate and for relief of pain and other symptoms related to prostate cancer that has spread to other parts of the body.The curative indication of external-beam radiotherapy is similar to that of radical prostatectomy: organ-confined cancer in patients with a life expectancy above 10 years. The treatment generally involves a 7-week course of radiotherapy. Radiotherapy is considered to result in lower rates of incontinence and erectile dysfunction than with radical prostatectomy. The major side-effects of conventional external radiotherapy are urinary irritative symptoms and bowel complications.

When the prostate cancer is more advanced, and has spread to other parts of the body, treatment includes reducing the testosterone (male hormone) that supports the prostate and its tumours. Hormone therapy reduces symptoms and prevents further growth. Hormone therapy is achieved by either surgery or medication. Testosterone can be reduced by removing the testes; the operation is called a bilateral orchiectomy. The other commonly used option, however, is chemical castration – injecting synthetic LH-RH analogs every three to four months to suppress the natural production of testosterone. In doing so, it deprives the cancer cells of an element needed for growth. Using a number of medications, hormonal therapy attempts to nullify as much as possible all male hormone effect on prostate cancer cells.There is also evidence that prostate cancer patients whose disease has spread to the lymph nodes will encounter prolonged progressive-free survival and a better quality of life with early hormonal therapy. While hormonal manipulation causes prostate cancer to shrink in 85 to 90 percent of a prostate cancer patients, total and durable eradication of the disease is unlikely. The good news is that hormone therapy may control prostate cancer for many years. The current hormonal therapy standard of care is, once initiated, to continue hormone therapy for life.However, while hormonal therapy can put your cancer in check, there are unpleasant side effects such as nausea and vomiting, hot flashes, anaemia, lethargy, osteoporosis, swollen and tender breasts and erectile dysfunction. Evidence indicates that hormonal treatment when combined with radiation increases survival duration.

Chemotherapy refers to drug treatment using single drugs or a cocktail of several medications aimed at destroying cancer cells. The drugs circulate throughout the body in the bloodstream and can kill any rapidly growing cells, including both cancerous and non-cancerous ones. Chemotherapy drugs are carefully controlled in both dosage and frequency so that cancer cells are destroyed while the risk to healthy cells is minimized. Often, it is not the primary therapy for prostate cancer patients, but may be used when prostate cancer has spread outside of the prostate gland. Over the past 10 years chemotherapy treatments have been shown to improve pain control and survival for patients with advanced prostate cancer, who have progressed despite hormonal therapy.Common side effects of chemotherapy depend on the type of drug used, dosage and length of treatment. For prostate cancer patients, the most frequently used chemotherapy regimen is docetaxel and prednisone. The most common side effects of this regimen are fatigue, nausea and vomiting, diarrhoea, hair loss, taste changes and a decrease in blood cell counts that result in an increased risk of infections. 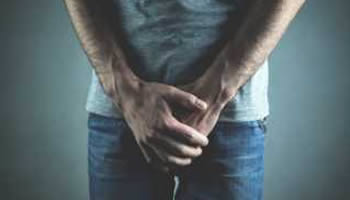 Watchful waiting/deferred treatment consists of a standpoint strategy until an active treatment may be required. Only patients with good compliance and easy access to healthcare should be candidates for watchful waiting. These men are counselled, and reviewed regularly with clinical examination and PSA measurements. The support for such management is based on the natural course of prostate cancer progression, which has been proved to be slow. Commonly, deferred treatment is indicated in asymptomatic old patients (life expectancy being less than 10 years because of age or debilitating conditions) with localized or locally advanced cancer. It is prudent to perform re-biopsy to avoid under-staging of the tumour.

Active surveillance is traditionally reserved for men with small-volume and low-to-moderate-grade prostate cancer, who have a low risk of death from prostate cancer. During active surveillance, men are followed closely with serial PSA, DRE, transrectal ultrasounds, and repeat prostate biopsies at regular intervals. It is different from watchful waiting in that men on active surveillance may elect treatment for cure when their disease appears to be changing and becoming more aggressive. The goal of active surveillance is to allow men to maintain their quality of life when the disease is slow growing or inactive but still allow them to be cured of prostate cancer when the disease appears to become more aggressive or is growing.However, regarding the issue of prevention of prostate cancer, there is still a lingering controversy about true prevention. Consequently, most physicians believe that there is no easy substitute for a healthy lifestyle involving eating a healthy diet, avoiding dietary excesses, eating plenty of fruits and vegetables, getting lots of exercise and being physically active, visiting the doctor on a regular basis, and most importantly achieving and maintaining a normal body weight.
0shares
Medical and Site Disclaimer: