Social Media Usage and Your Relationship 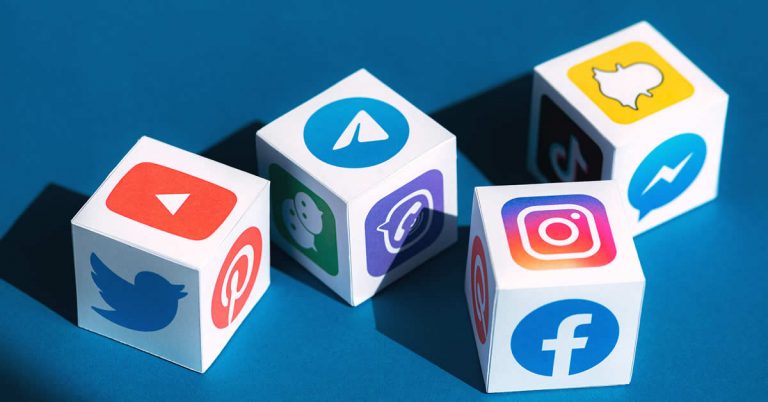 Social networking sites offer many advantages for people to interact and communication. Today, the daily lives of a lot of people have become inseparable from the internet and social media. It is apparent that social media usage has come to stay.

As an offshoot of the recent rise in global technological development, social media has become a great contributor to communication and socialization.

This technological innovation allows one to communicate, interact, and establish relationships with other people from across the world.

Its easy accessibility has also made it to become a daily necessity and an essential part of the lifestyle of many people. To a large extent, social media has increased the standard of living of a lot of people.

However, every technological development always has two different sides. As things stand, social media has been no exception to this rule.

There is also the aspect of the usage frequency and variety of the message content. Thus, we are daily inundated by messages of various forms, contents, and mediums. And this is irrespective of whether or not the information is useful to us.

There is no denying the fact that social media has positively impacted our ability to build and maintain relationships. It has presented increased opportunities to share information anytime and anywhere across borders.

Through social media, we not only get to know about what is going on in other people’s lives but also to share our experiences.

As a tool, it also helps to fill our leisure time while serving as a great platform for online learning.

Yet, there’s no denying the fact that social media usage can have negative impacts on an individual and his or her relationships.

With that said, it’s important to understand one particular distinction. This is the fact that the cause of the negative effects is not directly a social media effect per se. Most of the known negative effects are due to the manner of usage of the service.

For one, the unhealthy use of social media can result in the reduction of both face-to-face interactions and physical activities. At the same time, there’s a strong case for the loss of privacy when using social media.

Also, social media cannot be said to be the “main” significant factor contributing to the global increase in relationship breakups and divorces. Yet, many studies are indicating that “online infidelity” is steadily becoming one of the supporting factors.

The number of people who have said that services such as Facebook, Twitter, Snapchat, Skype, WhatsApp, Instagram, and other social media sites played a part in their breakup or divorce is rapidly rising.

Most people are in the habit of using social media at least once a day. Many people believe that the best way to main an attractive profile is by regularly visiting their social media profiles. This tendency is what often causes excessive usage.1

The activities most commonly engaged in on the various social media platforms are:2

The overall time spent on social media has steadily increased over the past few years. About seventy-two per cent of adults who use the internet also make use of social media networks. Of these, the average user spends about 23 hours on social media weekly.

For most people, the main reason for using Social Media is for staying in touch with friends and also making new friends.1

On the whole, males tend to use social media for the purposes of social compensation. They equally use it for both learning and social identity gratification.3

Conversely, females are more inclined to use social media to maintain contact with members of their peer group.

When it comes to which of the genders has more friends/followers on social media, there has been no clear consensus from various studies.4, 5

Social media usage also varies in terms of the differences in age.5 Younger users of social media, teenagers and students, have friends’ networks that are generally larger than that of older users.

Most of their friend’s on these networks are mostly from similar age groups. The younger users also use more of the music and video sharing, as well as blogging features of the various Web2.0 Social Media platforms.5

While the friends’ networks of older users are much smaller, they however have a more dispersed age group.

In general, people have different motivations for using social media platforms. When used in a goal-oriented way, people’s needs and gratifications can be satisfied with social media.

Individuals who have higher social identify mostly use social media because they perceive encouragement for participation from the social network.

For most college students, the main motivation driving their social media usage was for interacting with other “known users”. This was a higher motivating factor compared to searching for new friends, new music, or for finding groups to chat about particular issues.

…the sum of the resources, actual or virtual, that accrue to an individual or a group by virtue of possessing a durable network of more or less institutionalized relationships of mutual acquaintance and recognition.

Maintaining “bridging social capital”9 through engaging in social media is beneficial for students with regards to potential employment opportunities.7 It also helps to sustain ties with old friends and can be particularly helpful for persons with low self-esteem.10

Social media platforms can be conceptualized as networked individualism. The idea is that users “remain connected, but as individuals rather than being rooted in the home bases of work unit and household.”11 This allows for the creation of many self-perpetuating connections that appear helpful for users.

Thus, most research suggests that a large majority of students’ social media usage is for the maintenance of offline relationships. Yet, there are those who prefer to use social media for communication rather than have face-to-face interaction.12

This goal-directed activity of “social searching” may activate the appetite system, which is related to pleasurable experiences.14 This same appetitive system has been found to be activated in Internet game over-users and addicts.15, 16

Most studies indicate that users of social media platforms, especially Facebook, engage in “searching” for people with whom they have an offline connection more than they “browse” for complete strangers to meet.17

The personality traits of individuals can also influence the way they use social media. For instance, individuals with higher self-esteem, who are more extroverted, and have large offline social networks, use Facebook for social enhancement.18

Also, the online size not have a corresponding effect on the size of their offline network. It also does not create any emotionally closer relationships with offline network members.20

On the contrary, individuals with few offline contacts are mostly introverted. Introverted persons generally have both low self-esteem and life-satisfaction. They mostly use social media, especially Facebook, to compensate for these personality traits and to have a sense of belongingness.18, 21

Also, individuals with higher narcissistic personality traits tend to have very high social media usage of platforms like Facebook.22, 23 This gives them a channel to present a favorable version of themselves online. This virtual environment empowers them to construct their ideal selves.24

On the whole, Facebook users predominantly claim their identities implicitly than explicitly. They “show rather than tell” and stress group and consumer identities over personally narrated ones.24

Having a way to distract your mind from the realities of life can be very helpful at times. But such a practice can become a problem when over-used.

On the Internet, people engage in a lot of stuff which can be classified as potentially addictive. In fact, the mass appeal of social networks on the Internet can be a potential cause for concern.

Globally, there is a growing increase in the amount of time spent online. This is raising some concerns considering it current effects.

Then again, some users do not really get addicted to the medium per se. There are those who develop an addiction to a specific activity they engage in online.25

Some researchers argue that there are five different types of possible Internet addiction.26 These addiction types are namely:

Despite this earlier generalized breakdown of the types of Internet addictions, most experts today are of the opinion that people use the Internet excessively as a medium to fuel their other addictions.27, 28

Nonetheless, social media addiction seems to fall into the last category. This is obviously the case since its main aim is to help users establish and maintain both online and offline relationships.

A key distinction between normal over-engagement in social media that may be occasionally experienced by many and social media addiction is that the latter is associated with unfavorable consequences when online social networking becomes uncontrollable and compulsive.

When it comes to relationships, what is done on social media is not the only that can create problems. How much time spent in doing it can also cause conflict.

This is why most experts regard excessive social media usage to be detrimental to relationships.

For a lot of people, social media has become a sort of escape route to evade the realities of life.

Thus, a lot of individuals get immersed in the virtual reality of social media rather than face the stack reality of an unfulfilling relationship or a hard and stressful work culture.

Social media addiction is characterized by being overly concerned about social media. An uncontrollable urge to log on and use social media drives the individual.30

They also devote a lot of time and effort to it to the point that it begins to impair other vital aspects of their lives.

Specifically, social media usage starts becoming a thing of concern once you start placing more value on the experiences created online than what you encounter in real life.

The diversion social media usage creates often steals a considerable amount of time. The individual could have spent this time to deal with real life problems.

There are some obvious potential indicators of addiction to easily watch out for. Two of the common ones are the reduced real life social community participation and relationship problems.

As humans, we live in a social world in which we need to belong and to relate. The primary key to achieving this is through interpersonal communication.34 The advent of social media has basically helped to amplify this basic human nature.

Today, social media has essentially become an extension of one of our deepest psychological instinct – the need to be social.

This technological innovation has significantly helped to break down the barriers of distance and time and of the need for presence and visibility.

Most experts agree that social media can become an addiction and should be taken seriously. In fact, social media addiction is now comparable to gambling and drug addiction.35

However, people diagnosed with social media addiction are very few. In fact several psychologists claim that around 5 to 10 per cent of Americans today are addicted to social media.

Despite this fact, the negative impact of social media is apparent in our society. Whether it’s deemed to be a clinical addiction or not does not matter.

This is because a lot of individual’s social media usage is habitual enough that it spills over into other areas of their lives.

The best way to approach this social media addiction is through controlled usage rather than abstinence.

Given the way the world today has become so interconnected through devices, it’s simply not possible to prohibit social media usage.

Do you truly value the importance of your offline relationships, especially as couples? If yes, then you need to do the necessary to avoid this “opiate of the masses” from wreaking havoc in your loving relationships.