The Signs and Changes of Menopause 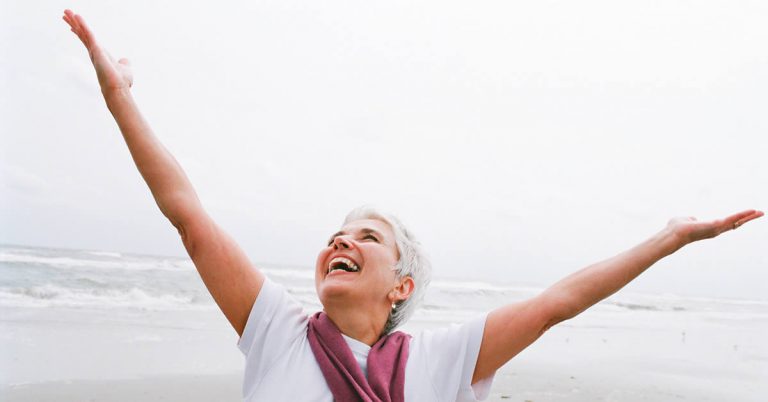 Menopause simply refers to a woman’s ending of menstruation. Commonly the term is used to refer to the entire span of time during which ovarian function declines and menstruation stops. This time period is normally years in duration, generally encompassing ages 45-55.Sometime around forty, a woman might notice that her period is different – how long it lasts, how much she bleeds, or how often it happens may not be the same. Or, without warning, she might find herself feeling very warm during the day or in the middle of the night.The average age of last menstrual flow is about 51 years. It takes 12 consecutive months of no periods to determine when menopause happened, so the actual time when menopause occurs can only be established long after the act. The perimenopause or climacteric phase occurs about 12 to 24 months (in some cases, longer) before the last menstrual period, and is characterized by symptoms such as irregular periods and hot flashes. Postmenopause refers to the period of life starting 12 months after the last menstrual period.Most women, an estimated 60 to 80% – experience only minor discomfort during menopause. After about a year or two of irregular periods and a number of hot flashes of mild to moderate severity, they simply stop menstruating. About 10 to 20% have virtually no symptoms. For the remaining 10 to 20%, including the majority of those who undergo surgical menopause, symptoms – especially hot flashes – may be a major annoyance and occasionally incapacitating.However, smoking can lead to early menopause. Some types of surgery can bring on menopause. For example, the removal of a woman’s uterus (hysterectomy) before menopause will make her periods stop, but her ovaries will still make hormones. That means she could still have symptoms of menopause like hot flashes when her ovaries start to make less estrogen. But in situations where both ovaries are removed (oophorectomy), menopause symptoms can start right away, no matter what her age might be, because her body has lost its main supply of estrogen.

Women may have different signs or symptoms at menopause. That’s because estrogen is used by many parts of their body. So, changes in how much estrogen a woman has can cause assorted symptoms. But, that doesn’t mean she will have all, or even most, of them. In fact, some of the signs that happen around the time of menopause may really be a result of growing older, not changes in estrogen.

During the perimenopause, estrogen production by the ovaries declines to about 10% of the level of the estrogen produced prior to perimenopause. At menopause, the ovaries disregard the signals to produce estrogen. It’s the body’s way of indicating that the woman’s reproductive time is coming to an end. Ovarian-produced estrogen is called estradiol; only this form of estrogen decreases dramatically at menopause. Estrone estrogen, manufactured by, and stored in, the body’s fat cells and other tissue, continues to be present in the bloodstream because its production isn’t controlled by ovarian function. 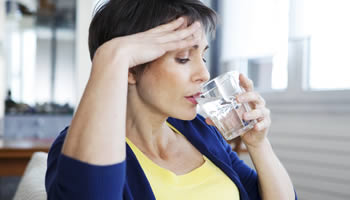 The most common symptom of menopause is hot flashes. Hot flashes, or flushes, have sometimes been called “power surges.” A hot flash is a sudden feeling of heat in the upper part or all of a woman’s body. Her face and neck become flushed. Red blotches may appear on her chest, back, and arms. Heavy sweating and cold shivering can follow. Flashes can be as mild as a light blush or severe enough to wake her from a sound sleep (called night sweats). Most hot flashes last between thirty seconds and ten minutes.Though not entirely understood, hot flashes often are triggered by a stimulus, such as sitting in an uncomfortably warm room or experiencing stress and pressure. These are very common around the time of menopause because they are related to changing estrogen levels. They may also last a few years after menopause.

Changes in the Vulva, Vagina and Bladder

The vulva and vagina are very responsive to estrogen levels. Elasticity, lubrication, and thickness of the vaginal walls are affected by declining estrogen, and the tissues of the labia majora and minora become less engorged during sexual arousal. The mucous membrane lining of the vagina is particularly susceptible to irritation, minor injury, and infection as the capacity to produce lubrication decreases. Normally thick and cushiony, the vaginal walls can thin during menopause and after. The actual size of the vagina shrinks, as does the uterus. The cervix may atrophy (shrivel) and flatten out to the wall of the vagina. The Venus mound, or mons, loses plumpness and definition.Changes in the lining of the urethra and bladder can cause irritation as well, leading to an annoying need to urinate frequently. Supporting muscles to the internal organs lose elasticity because of reduced blood flow to the pelvis. This is especially distressing if it leads to involuntary urine loss (urinary incontinence) when exercising, sneezing, coughing, laughing, running, or having sex. Some women experience thinning of their hair, including pubic hair and this can be as distressing for a woman as it is for a man.

A woman might start thinking that her body is changing. Her waist could get larger; she could lose muscle and gain fat; her skin could get thinner; she might have memory problems; and her joints and muscles could feel stiff and achy. It is still unclear if these changes as a result of a woman having less estrogen or just related to her growing older.

Osteoporosis and cardiovascular (heart disease) are two common health problems amongst others that can start to happen at menopause.

Osteoporosis means porous bones. Day in and day out, a woman’s body is busy breaking down old bone and replacing it with new healthy bone. Estrogen helps control bone loss. This is a gradual process of aging, but it’s noticed most dramatically at menopause when estrogen levels drop. So losing estrogen around the time of menopause causes women to begin to lose more bone than is replaced. In time, bones can become significantly more brittle and, at the same time, take on a honeycomb quality, making them much more susceptible to breakage. A bone density test may be necessary to find out if a woman is at risk of this problem.

After menopause, women are more likely to have heart disease which is the number one cause of death in postmenopausal women. Although men tend to have heart attacks during their 40s, women seldom do because of the protective effect of their estrogen prior to menopause. Estrogen and progesterone both influence a woman’s cardiovascular system. As estrogen production declines, “bad cholesterol” (LDL) tends to increase because blood lipid patterns have changed. Once they lose the protection of estrogen, women are more prone to heart attacks and stroke.Thus as she ages, she may develop other problems, like high blood pressure or weight gain, that put her at greater risk for heart disease. A woman should ensure to have her blood pressure and levels of triglycerides, fasting blood glucose, and low-density lipoprotein (LDL), high-density lipoprotein (HDL), and total cholesterol checked 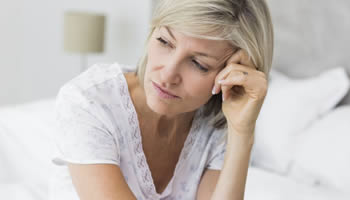 Menopause does not necessarily affect a woman’s sex drive, which depends on the production of androgens (male hormones) by the adrenal glands and ovaries and does not seem to diminish. She could be less interested or indeed find her sex life improved as fear of pregnancy is removed. In general, if a woman had satisfactory sexual relations before menopause, it is likely she will continue to have them.Some women find their decline in libido may improve with a small dose of testosterone (the male sex hormone), which in women is produced in small amounts by the ovaries and adrenal glands. Postmenopausally, with declined ovarian function and estrogen replacement therapy, a woman’s testosterone levels may drop enough to decrease libido.

A woman might start having trouble getting a good night’s sleep. She might not be able to fall asleep easily, or may be waking too early. Night sweats might wake her up. A woman might also have trouble falling back to sleep if she wake up during the night.

Menopause has been blamed for a number of emotional problems women have, like being more moody, irritable, depressed, or even experience memory losses around the time of menopause. In fact, estrogen and other therapies do not cure clinical depression. The bottom line is that menopause may bring some temporary emotional disequilibrium, but it is a normal, not debilitating, condition. However if a woman finds that she has lost interest in activities in which she took pleasure in previously; has sleep disturbance that is not responsive to estrogen or homeopathic treatment; feels consistently sad or hopeless or unable to concentrate effectively; and/or if someone close to her expresses concern about her mood, then she should seek evaluation for clinical depression.
0shares
Medical and Site Disclaimer: