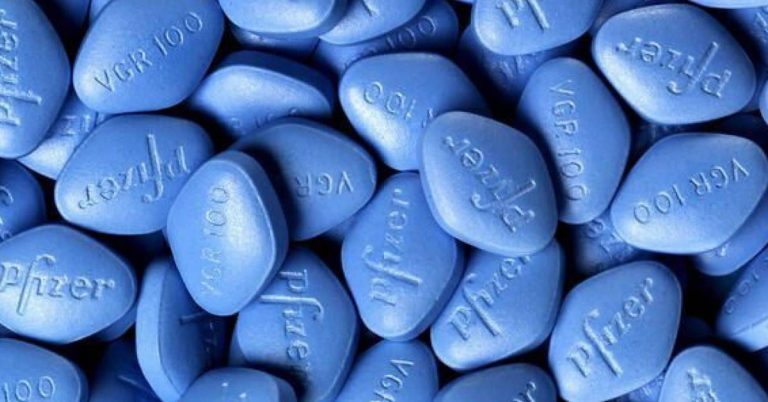 Viagra, the wonderful erectile dysfunction treatment drug from the world renowned pharmaceutical giant, Pfizer. Most see it as arguably one of the most recognizable medications in the world today.It was patented in 1996 and approved for use in the treatment of erectile dysfunction by the US Food and Drug Administration on March 27, 1998. Viagra is officially the first oral treatment approved for the treatment of erectile dysfunction in the United States.Since its launch later in 1998, there have been so much hyped promotions created about this ED treatment drug. It is everywhere, from the news headlines, to TV screens and billboards. Now the once seldom-discussed issue of impotence (as ED is more popularly called) is being tooted across our living rooms, supermarkets and pharmacies in a way that is unprecedented in the history of medical science.What could really be the reasons behind the phenomenal success that Viagra has achieved over its decade long existence? Why all the hype and noise about just a drug that works only the men folks causing so much sensation and frenzy for over 10 years? All good questions and truly the answers are not that far-fetched!

First, it would be appropriate to look at the problem this wonder drug, Viagra, claims to solve. That would be Erectile Dysfunction (ED) or as it’s more commonly called, Impotence. What is it and where does Viagra come into the picture?As men age, their arteries gradually begin to harden and the production of important chemicals called neurotransmitter begins to also slow down. As a result, most men tend to experience high blood pressure, diabetes, kidney problems and even prostate cancer. These conditions may translate to partial or total loss of sexual function.Consequently, by the mid-to-late fifties, 1 in 4 men suffer to some extent from erectile dysfunction (ED) – the consistent or recurrent inability to get or keep a penile erection sufficient for sexual intercourse. By the mid-sixties this could be as high as half and around the mid-seventies most men suffer from erectile dysfunction.Also, researches indicate that 5% of 40 year old men also suffer from ED. Likewise, there are close to 30 million men in the United States alone who are clinically suffering from ED. For these men, loss of self esteem, embarrassment, and relationship difficulties are not uncommon and often cause significant personal and emotional stress.With these data and the legions of men seeking prescriptions for Viagra, the reason for its phenomenal success should be easy to grasp. The success rate it has achieved in its over 10 years of existence has helped to fuel and sustain the euphoria surrounding Viagra – the little blue pill. After all, what could be more marketable than a pill that helps aging men perform better in bed? 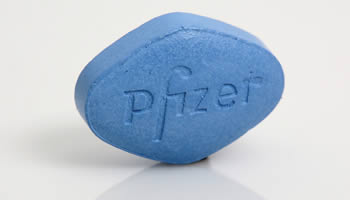 Basically, Viagra © (Sildenafil Citrate) belongs to a group of medicines that delay the enzymes called phosphodiesterase from working too quickly. By controlling phosphodiesterase, sildenafil helps to maintain an erection that is produced when the penis is physically stimulated. For men whose ED is caused by psychological factors, Viagra has been known to work in 90% of cases and for ED traced to biological causes, Viagra has achieved a 60%-70% rate of effectiveness.Although it should be noted that Viagra (generic name sildenafil) is the first drug approved by FDA for the treatment of ED, in 2003, two other competitors were added to the market and these are Cialis (tadalafil) marketed through a joint venture between Eli Lilly & Co. and Icos Corp (Lilly-ICOS); and Levitra (vardenafil) from GlaxoSmithKline PLC which was co-marketed until recently with Bayer and now with Schering-Plough Corp in the US. Despite the stiff competition from these two alternative treatments for ED, Viagra currently holds about 60% of the world market, while Cialis and Levitra share the remaining 40%.In fact, most men of all ages are finding a new found sexual youth because of the little blue pill – Viagra. Nonetheless, like any other prescription medication, Viagra is not without its pitfalls and problems. 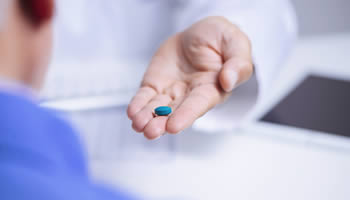 The expectations that the onslaught of media hyperbole over the launch of Viagra raised in a lot of men who were suffering from ED had an adverse effect on the morale of those who found it did not work for them. The fact that not all men found the tablets to work successfully generated further psycho-social concerns.Howbeit, this general patients’ perception of failure was related to their high expectations. Most had the assumption that they only had to take one pill for all to be well and when this did not happen, their hopes were dashed. When subsequent trial by most failed again, their negative feelings about Viagra were confirmed.This despondency was exacerbated by the feeling that, since after several trials and subsequent failure experienced by some men, the condition was irreversible and meant giving up on sex for the rest of their lives. Most people today feel that the media coverage of Viagra has created the wrong impression that it creates an abnormally large erection or a very long lasting one.

The real truth is that Viagra will not instantly and automatically give a man an erection. Its responsibility is to get the blood flowing but it is up to the person taking it to be in the right frame of mind for sexual activity that will arouse him to want to get an erection and that is where Viagra takes over from.Viagra will NOT raise your libido nor make you want to have sex if your brain is not pepped up for it. Finally, remember that Viagra is not going to “magically” cure anyone of the reasons he is having sexual difficulties and also definitely not going to help him with desire to have sex but rather with just the ability to obtain and maintain an erection.Viagra tablets come in strengths of 25mg, 50mg, and 100mg. The shapes of these tablets are like that of a diamond and are blue in color. You can swallow the recommended dosage of Viagra whole with a glass of water. It is recommended that Viagra be taken a half-hour before sex (an hour if you’ve had a fatty meal immediately prior). You’ll probably get an erection from any kind of physical stimulation. Effects will last for about 4 to 6 hours after you have taken it.However, you should consult your doctor about your decision to use Viagra and only after his/her approval and subsequent prescription should you embark on using it to avoid any serious side effects.Overall, the media had a major effect of expectations on the effect of Viagra and in retrospect; less sensational reporting would have lowered those expectations to the patient’s benefit. Nonetheless, for men with a documented ED problem, Viagra is an extremely safe and effective solution.
0shares
Medical and Site Disclaimer: